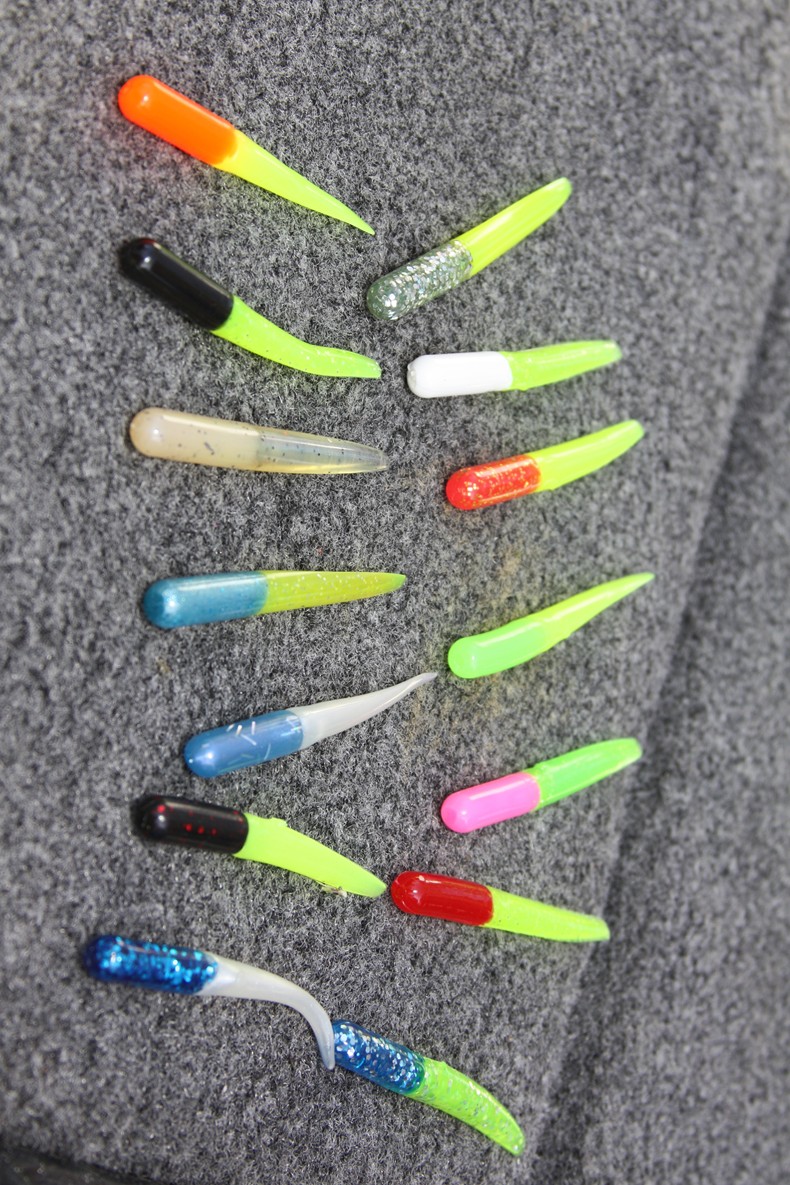 My introduction to Muddy Water Baits occurred during Rend Lake Crappie Camp in the fall of 2014. Charles and Travis Bunting were on hand to provide samples and explain about their products. A father and son team, the Buntings won the Crappie Master Championship in 2012. This was the same year that Travis introduced his new soft plastic bait.

With so hundreds of different soft plastic crappie baits on the market, why create a new one? Travis’ reply was simple: “It’s a better soft body – less problems and it works all for the various techniques we fish.”

Travis explains some of the problems encountered with other soft plastic bodies which he had used over the years. (1) Flimsy tails sometimes flip up and wrap the hook, reducing the number of secure hook-ups with crappies. (2) Many of the baits he used were too soft and too thin, resulting in baits being torn or ripped from the hook. (3) Certain baits were good for a particularly technique, but not for others.

“I tinkered around a design and different densities of plastic until I came up with a soft plastic bait that would hold up to crappies as well as the incidental fish species we catch, and could be used for all sorts of presentations,” says Travis.

Travis points to his beefy 2.5-inch bait that represents the size of shad which most adult crappies prefer. The tapered fin-like tail has a quiver to it but is not so flimsy that it flips around the hook point. It is a bait you can vertical jig on a single pole, shoot docks with, or rig on multiple rods for slow trolling.

With two dozen crappie tournament pros, guides and outdoor writers employing Travis’ bait during two days in a wide variety of presentations, it was a cinch to see the bait lived up to Travis’ claims.

Nicknamed the “carrot bait” by one of the guides, Muddy Water Baits offers the body in 30 color combinations, including some in glow colors. The bait contains a garlic scent, which I certainly appreciate. I can’t say whether crappies “like” garlic scent, but in my opinion garlic is one of the top masking scents for any soft plastic.

Muddy Water Baits are available through Grizzly Jigs at https://grizzlyjig.com.