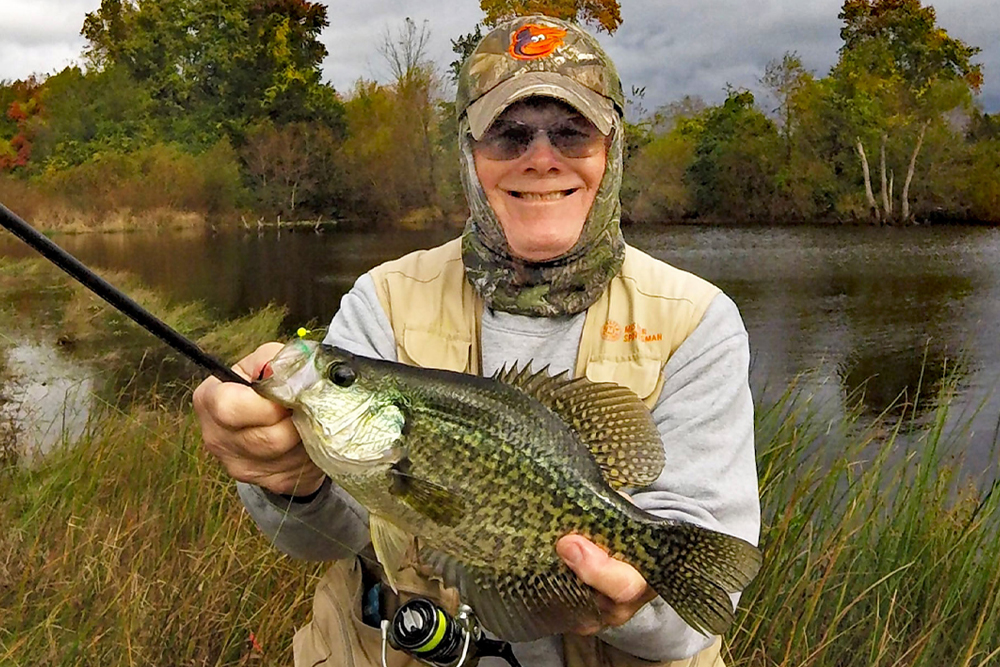 Outdoor writer Jim Gronaw is a name I recognized for many years from his numerous articles in freshwater fishing publications. We finally met in person about eight years ago at a Crappie Camp media event held in northwestern Pennsylvania. The first thing I learned from Jim was he never stops fishing. Before the boats launched in the morning and after they docked for the evening, Jim was on the bank fishing for crappies and bluegills.

According to his family history, Jim was about five years old the first time his father took him fishing. Using a bobber and worm was the extent of his father’s angling experience. However, little Jimmy put that knowledge to work and managed to catch 15 bluegills that day, got hooked on fishing in the process and – according to the family – has never been the same since.

Today Jim lives in Taneytown, Maryland, not far from the Pennsylvania border. It is an area with many small lakes, ponds and creeks both in Maryland and Pennsylvania which Jim fishes regularly by kayak and wading.

“Trailering a boat got to be too much of a hassle. Focusing instead on small waters, I’ve discovered a cornucopia of species to catch from shore or by kayak – especially crappies and various members of the sunfish family,” noted Jim.